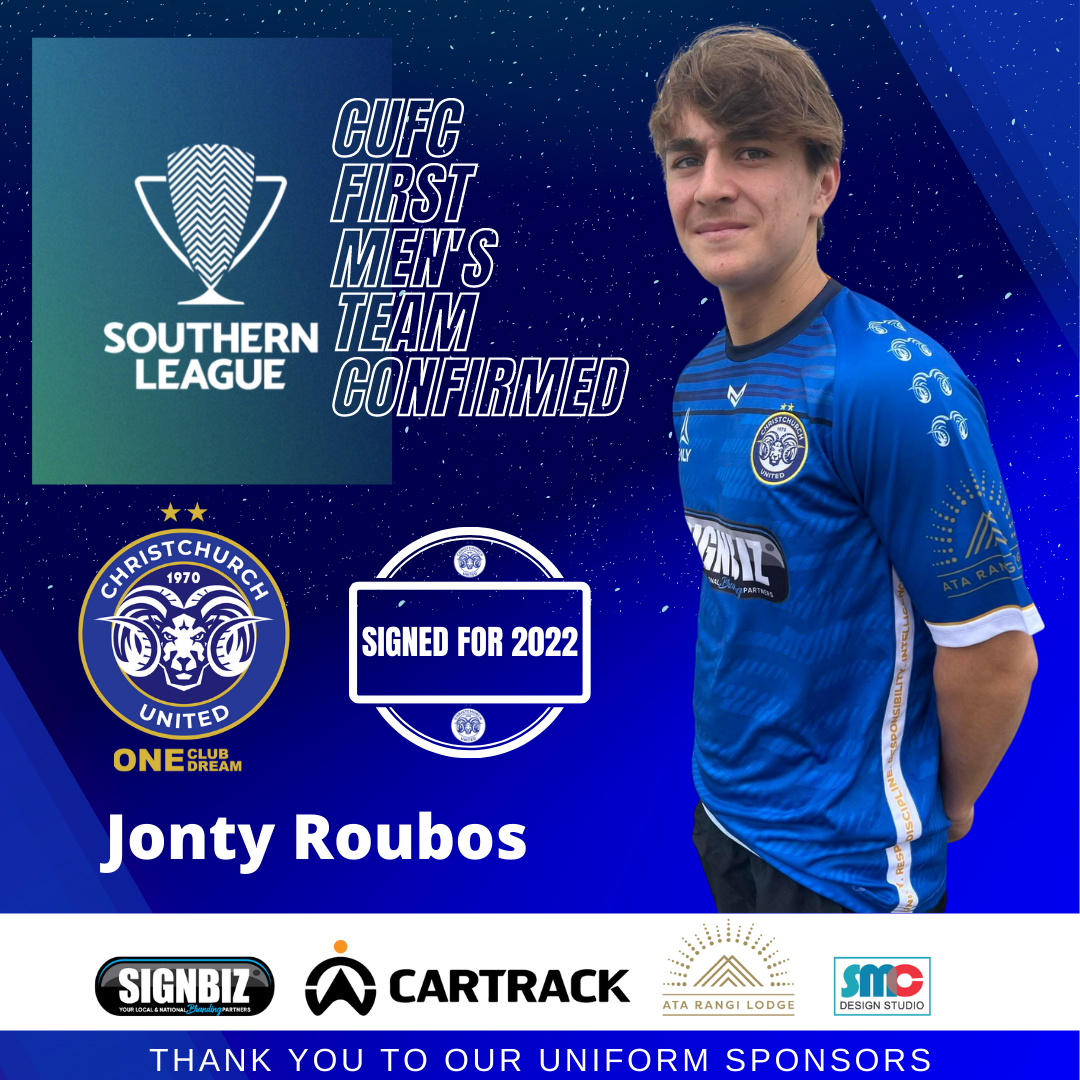 We're excited to announce the signing of Jonty Roubos to our Men's First Team for the 2022 season!

The winger spoke on his arrival: "I’m excited to be at the club, and to achieve our goal of gunning for the National League. I think that my quick plays up and down the wing can give our team an advantage, whilst bringing a bit of my own flair to the game as the same time!"

On Jonty's arrival, Head Coach Paul Ifill said "Jonty arrives at CUFC having previously played for Wairarapa United, where he was awarded with the Golden Boot as well as being named Central League MVP. I’m looking forward to seeing what he can do in a new environment!"